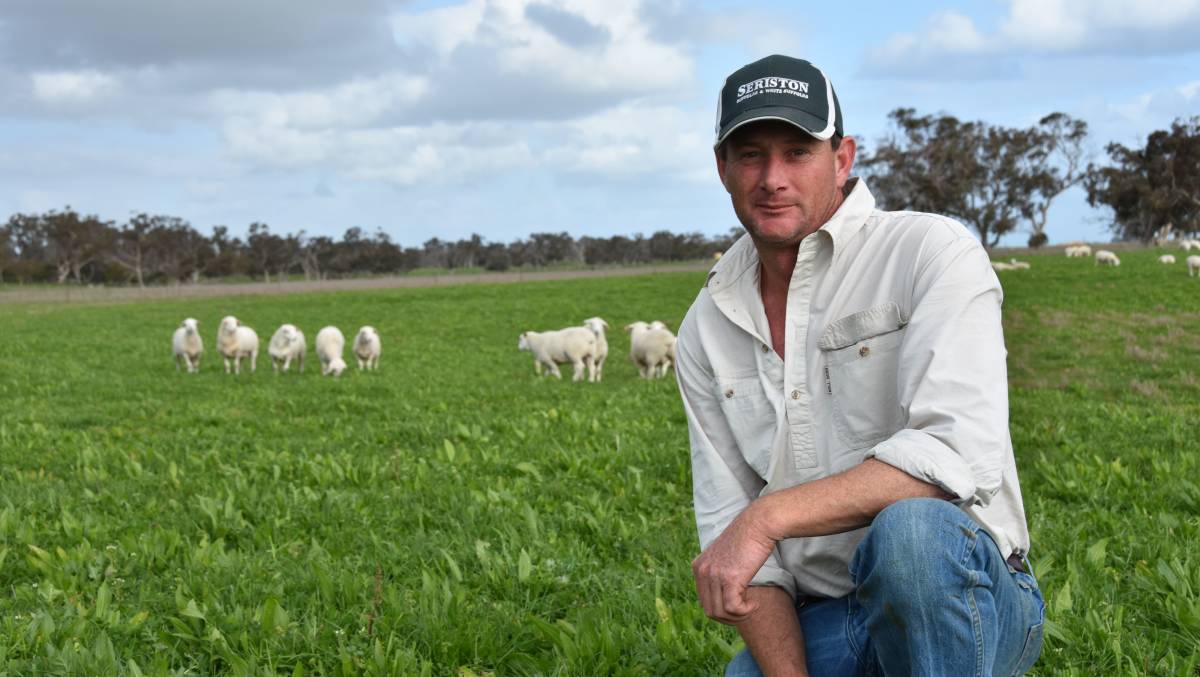 Next month, Mr Hurst, along with Ian, Donna, Brayden and Lochie Gilmore, will hold the state’s first Australian White sale, on October 18 at the Jamestown Showground.

The 110 rams and 20 ewes to be offered in the Northern Pastoral Australian White Sale are some of the best progeny after three years of extensive embryo transfer programs on both properties to proliferate some of Baringa’s elite genetics.

The joint venture has ensured rapid genetic gain by shortening the generation interval – they have mated ewe replacements as lambs to give birth by 12 months, while some of the top ram lambs have been used in the ET programs.
The rams and ewes to be auctioned will be 12 to 16 months of age, with a few ewes having lambs.

Mr Hurst remains committed to breeding White Suffolks and Suffolks under his Seriston prefix but says he identified an opportunity to diversify into another breed after speaking to one of his northern SA pastoral clients.

They were running Dorpers on a few stations but were interested in using some Australian Whites.

“Knowing Brayden and the Gilmores through the White Suffolks I spoke to them and we did a fair analysis of the pastoral area,” he said.

“We could see an opportunity there that people are looking for white sheep, larger frame with great muscle charateristics and structural correctness in feet and pasterns.”

This year the joint venture will have 700 lambs on the ground but Brayden says they have maintained a high standard for those looking for rams in both pastoral areas and high rainfall environments.

“We have a vision of where we want to be so we are excluding anything that is not the right structure or type,” Brayden said.

He says the “right” skin type is another major focus.

“A lot (of producers) are saying they are breeding haired animals but they still need to shear them,” he said.

“Our plan is to get to 100 per cent hair on 100pc of our lambs and we have made huge genetic gains with our embryo transfer work so aren’t far off.”

BARINGA stud’s Brayden Gilmore, Oberon, NSW, has been thrilled with the pre-sale interest in the upcoming SA sale and says numbers could more than double in the next couple of years if demand dictates.

They have previously sold rams into SA but Brayden says the sale is a chance for them to put the Baringa and Seriston sheep in front of existing and potential clients.

He says when they began breeding Australian Whites in 2008 many saw the breed solely as a ‘desert-type animal’ but the sheep are handling higher rainfall areas just as well.

“We have clients on Kangaroo Island and know some producers are using Australian Whites in (1500-millimetre) rainfall with huge success,” Mr Gilmore said.

Seriston and Baringa, along with the Gilmores’ other stud Premier, are the only studs performance recording their Australian White flocks to offer Lambplan figures to their clients.

They are also focused on eating quality, recognising it is the future of the industry. This includes participating in a Sheep Genetics trial in WA, which will benchmark its Australian Whites genetics against other terminal and maternal breeds for traits such as shear force and intramuscular fat.

Anthony Hurst says he has been impressed by the Australian White’s traits, especially its early growth, in the short time he has been breeding them.

“At 12 weeks of age the heaviest of the ram and ewe lambs we weighed was 52 kilograms and they averaged 41.5kg,” he said.
He says the Australian White fits a different market to the White Suffolk and sees no competition between the breeds.