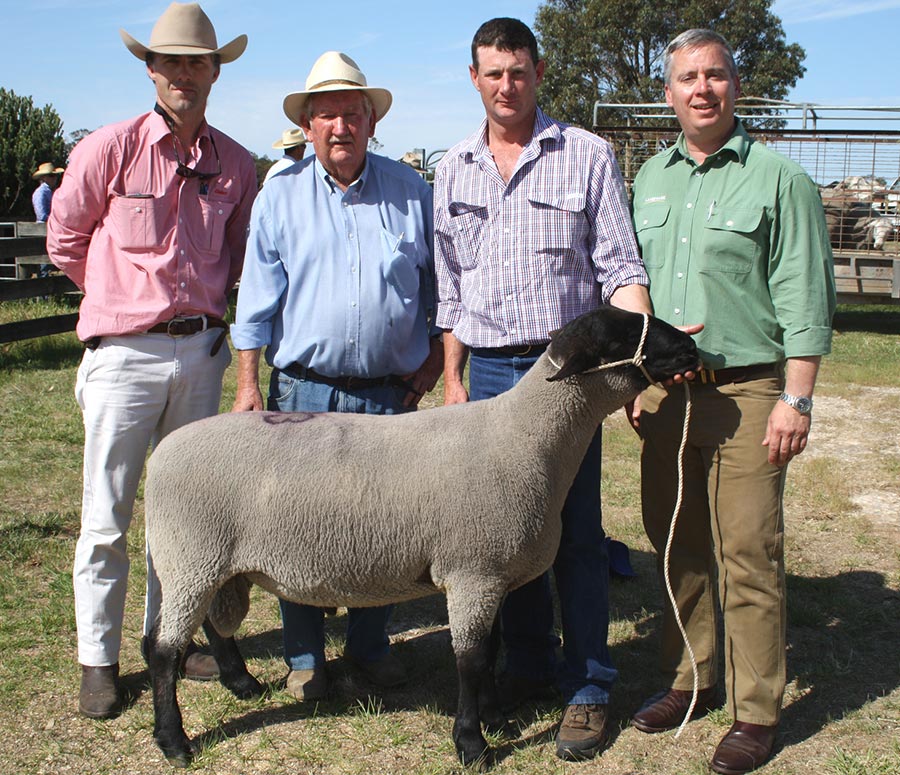 With a big increase in the buyers’ register and interest spread from Burra to Edenhope, Pinnaroo to Kingston and Colac, and all points in between, the locals at Seriston last Friday were sure to be kept on their toes.

Once again late winter and spring rains have failed in the Avenue Range district. However, the offering of 133 White Suffolk and 41 Suffolk rams presented by Anthony Hurst were in wonderful condition and as fresh as new paint.

They were even from lot one to the end where rams in the last pen offered sold above last year’s average. Only three Suffolk rams were passed in on the day.

The strong sire battery that Anthony has put together is paying dividends as the average and clearance was well up on last year.

The strong battery has recently been complemented by the purchase of Premier Optimum 13P033 from the Gilmour family for $16,000. Keen judges and clients are waiting to see the progeny.

Under the astute hammer of Landmark’s Gordon Wood and Elders’ Tom Dennis the sale opened on a run of 81 White Suffolk rams, which sold to a wonderful top of $2700 and only two selling under $1000. 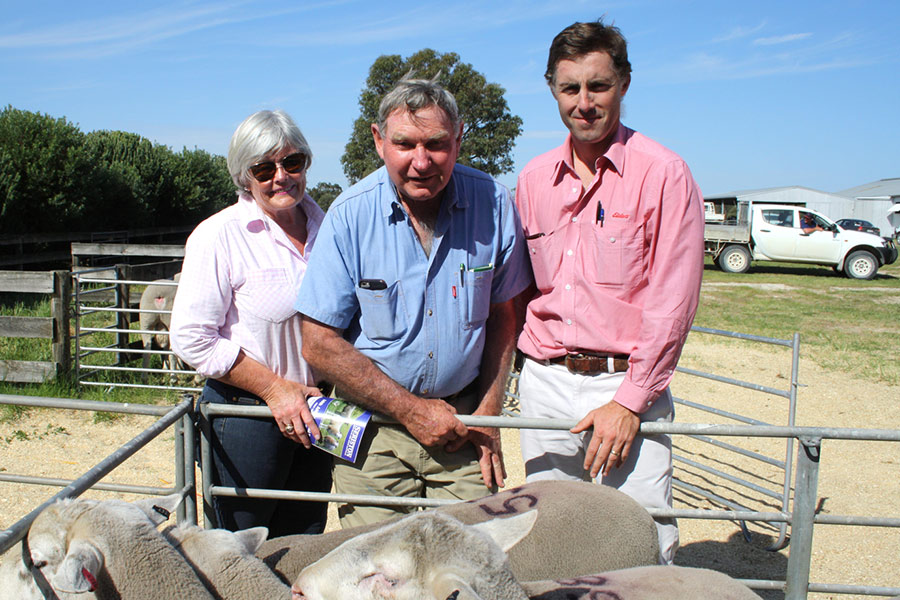 Six stud Suffolk rams followed and were all cleared to $3800 and an average of $2067. The top priced ram, Seriston 144100tw was purchased on order with Naracoorte based stud consultant Leigh Allan for Hurlstone Agricultural High School from Glenfield, south of Sydney, NSW.

Having been shown in Adelaide where he won a blue ribbon and sired by Telpara 75, the ram exhibited great bone, length, wool and meat quality.

Jarrad Burland from Gazete in Victoria paid up to $2000 for flock rams and the remaining flocks were split evenly amongst another 10 local clients.

The final 50 White Suffolks continued on at the high levels achieved before the break to offer the Suffolks.

The final 20 offered received less competition, but all cleared at rates marginally below last year’s average.

Malcolm Gill, buying for Hillcrest Pastoral Co, Lucindale selected 12 rams to a top of $1100 and at an average of just over $1000.

Michael Ryan from Naracoorte, who has supported Seriston for years, purchased eight head, as did Ross Lomas, Point Vale Pastoral, from Hamilton in Victoria, paying up to $1500.

Daniel Varcoe from Millicent attended for the first time following advice from others who recommended these Seriston sheep. He purchased seven head and paid up to $1000.

Next door neighbour, David Crawford, Holmwood Past, purchased seven head as did Karowara Pty Ltd from Naracoorte, who purchased for the first time.

Sponsors who always support Seriston well were Coprice and Gallagher. The sale was conducted by Landmark and Elders with Gordon Wood and Tom Dennis were auctioneers. 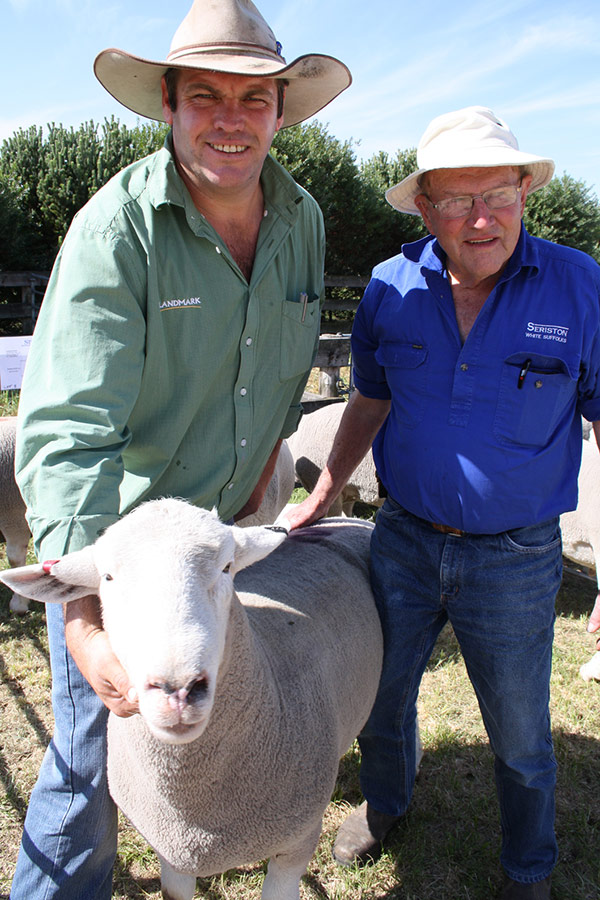 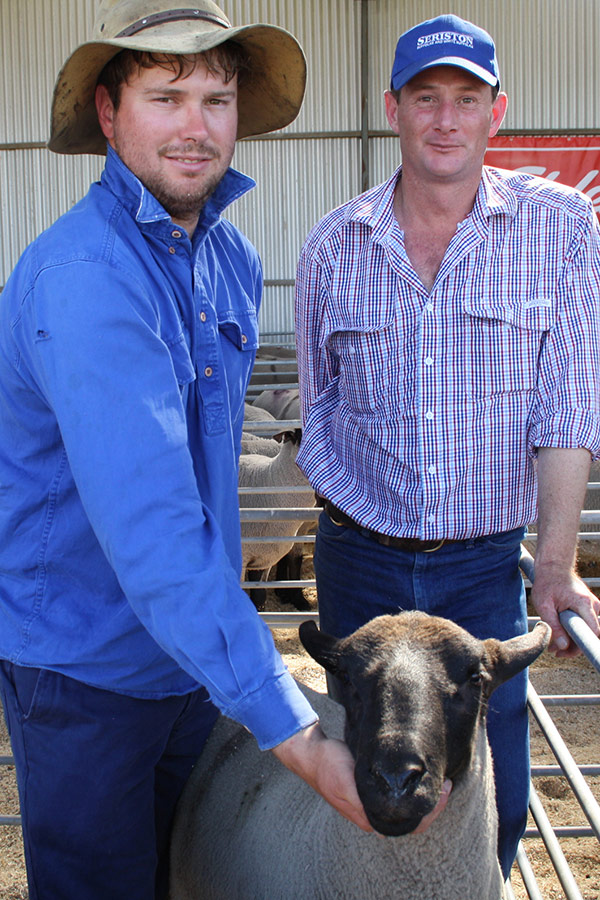 Daniel Varcoe, Elgin Past. Co, Millicent attended Seriston for the first time and purchased 7 head and is pictured with Seriston principal Anthony Hurst.