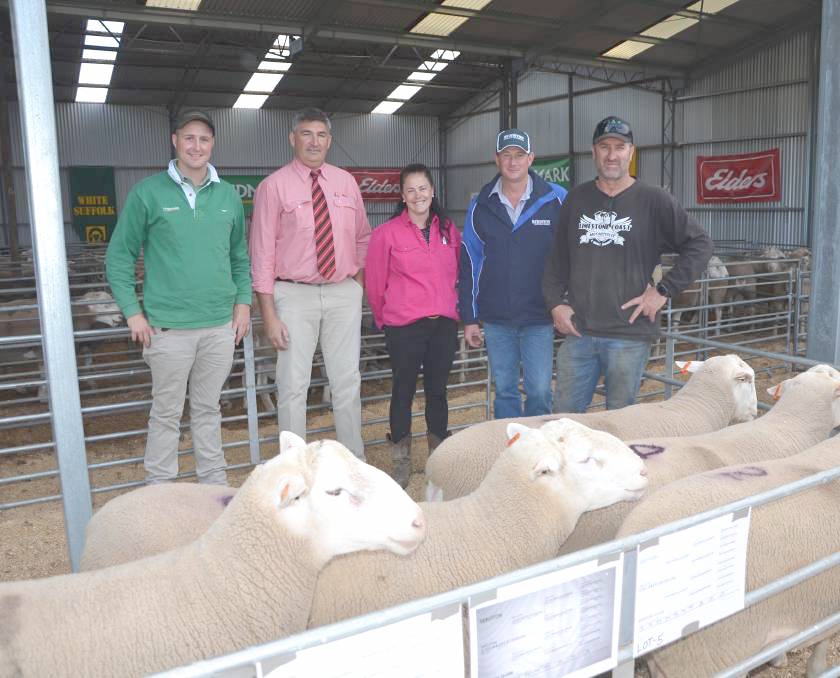 The top-priced ram was bought by Kym Ogilvie, Naracoorte, with the June 2018-drop White Suffolk weighing in at a hefty 117.5 kilograms, with a post-weaning weight of 13.9kg, 8 millimetres fat, eye muscle depth of 48mm and eye muscle area of 40.3 centimetres squared.

Seriston principal Anthony Hurst was pleased with the result, saying the South East was in the midst of a very good season and the lamb industry was performing well, with both contributing to the buying confidence of local producers.

“We had fantastic support from locals, but also stretching up into the Upper South East, down to Mount Gambier and Millicent, as well as interstate,” he said.

“We’ve always been known for the length of carcase in our sheep on a moderate frame and we’ve continued to put muscle in the topline and put a big hindquarter on the sheep, while maintaining ease of lambing through the front end at the same time.”

“Anthony’s certainly getting them thicker and getting a lot of red meat into them and it’s exciting to see the direction the stud’s heading in the capacity of the red meat through the flock,” he said.

“It’s a testament to the Seriston sheep that the vast majority of buyers here have been coming to Seriston for quite a while,” he said.

“Those repeat buyers are a good measure of any stud.”

“Anthony’s been really stringent on structure for a long time and getting that length of spine and length of loin that translates to weight in carcase in lambs.”

Landmark conducted the auction, with Mr Wood and Mr Gogel sharing the gavel.